Leonardo di ser Piero da Vinci was not only a polymath but also a man of exceptional physical beauty, with an attractive personality and a great singing prowess. The profound depth of his character can be guessed at from the manner in which he had compassionately tended to a dying person and then cut open the same person after his death for making anatomical studies. Apart from his scientific contributions, he also made meticulous studies and recorded his observations in writing and drawing on such varied subjects like plant growth, rock formations, atmospheric conditions, flow of water, draperies, animals, human faces and emotions etc. He was more prolific in his drawings than in his paintings though some of his paintings are believed to have been lost due to his rash painting experiments. His now world renowed fresco The Last Supper had started to deteriorate just a few years after he had completed it. 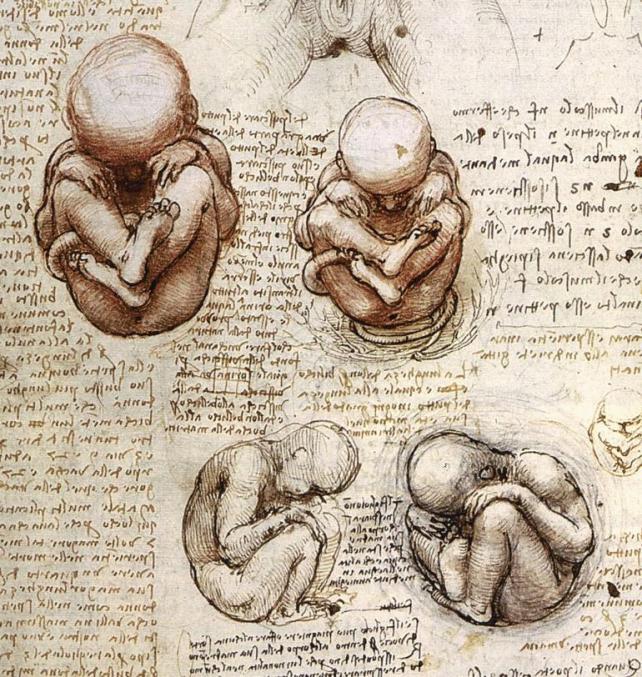 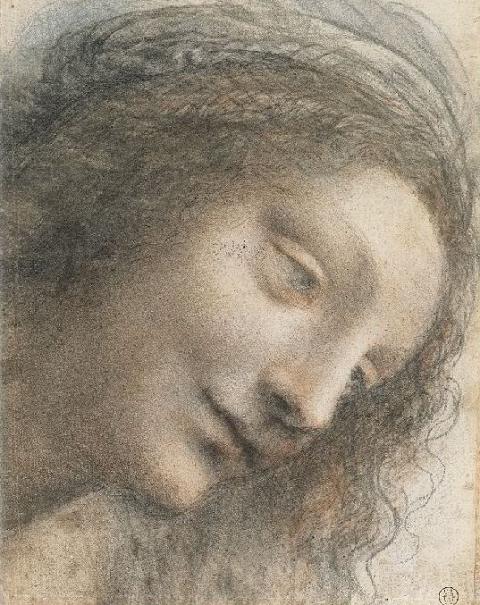 Da Vinci had started painting his Mona Lisa in 1503 or 1504 and had lingered over it for four years. It portrays a  young, Florentine lady sitting in a reserved posture with her arms folded on the arm rest of a chair in front of  a painting of an imaginary landscape. Da Vinci was the first artist to understand and make use of aerial perspective in painting. He also used a technique which he called sfumato , derived from an Italian word sfumare which means evaporate or clear like smoke. It is made to look as though the viewer sees the painting through a fine veil of mist, the highlights are toned down and the darks are brightened. The outlines are blurred and the transitions from light to shade are very, very subtle. He used extremely thin layers of glazes in this technique and very fine brush strokes to get this kind of subdued, misty effect and to give the delicate translucent quality to her skin. The light falling on her face surrounded by a dark veil and hair immediately brings our attention to her face but her expression remains enigmatic. The corners of the mouth and the area around the eyes are where we unconciously look at when trying to read an emotion on a human face, and these are precisely the areas where he has left diffuse, in shadow so that we are never sure whether she is smiling or whether she is sad. The landscape of winding rivers and distant, icy mountains seems no less mysterious. He has so created a living and fascinating picture of a woman that she still looks real and continues to attract and captivate us to this day.

This drawing of The Virgin and Child with St. Anne and St.John the Baptist (1499-1500) is a complex composition showing the Virgin seated on the knees of her mother St. Anne holding her child whose upper body is raised and whose gaze is turned towards St. John. This drawing is in a similar manner to a painting he had completed in 1508, The Virgin and Child with St. Anne showing The Virgin, her mother and the infant Jessus playing with a sacrificial lamb while she tries to restrain him. They symbolise the cycle of life from mother to daughter to son. St. Anne points towards the heavens while looking at her daughter to perhaps remind her of the sacrifice that she must make. Da Vinci has used similar gestures in other works like The Last Supper, Virgin of the Rocks (Louvre museum), St. John the Baptist. The knees of the Virgin point towards her right whereas her body is turned towards the left creating a dynamic movement and energy at the same time establishing different planes in the picture, a pose that is called in Italian as Contrapposto. The lines of the draperies around the knees also create a rythmic movement. 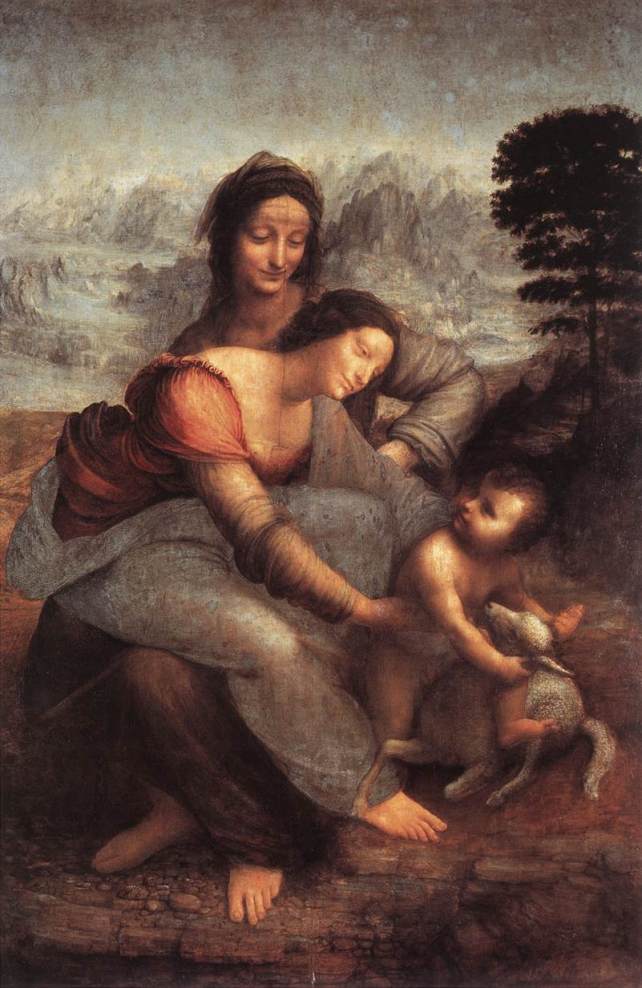